If you listen when you are called, He will equip you to make it happen. 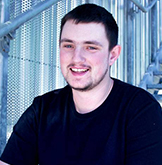 This could be the biggest project I have ever dreamed of. And bigger than anything that I have seen done by my peers. But there are so many details, is it even possible?

I have always wanted to use my passion for video production to help other people, working with the church, creating videos for nonprofits, or working on documentary work. As I have been working through the first years of college I have been able to develop my skills. I have been able to use work on projects like the documentary I made for the Baltimore Humane Society to be shown at their Black Tie Gala fundraiser, the documentary celebrating the 25th anniversary of the work Civic Works is doing in Baltimore, MD, and the doc highlighting a rising Baltimore musician.

While at church one Sunday this past summer I heard a guy talk about an organization he had started. The goal of this organization is to provide medical care to communities in Africa. He told a story about a little boy who was not doing well. Turns out he had AIDS. This boy was sent into town where he could get the medical attention he needed. His medical needs for the next year were paid by the founder of the organization. The transformation in that little boy was incredible. Looking at a before and after of the little boy it was nearly impossible to tell that they were they same person.

“I still thought it was crazy, but I couldnt get it out of my mind.”

After hearing the stories he told about what they were able to do in that community and the goals that he had for his organization, I had an idea. At the time it felt like a crazy idea and I just kinda put it in the back of my mind. As this past semester came to a close the idea came back to the front of my mind.

I still thought it was a crazy idea, but I couldn’t get it out of my mind.

After spending some time thinking about it and praying about it, I wanted to talk about it. Bringing up the idea with other people always ended the same way, “This is really cool and I really think you should do it.” This prompted me to start moving things along, meeting with some people and to get the details rolling. Now we will see where things go! There are lots of things that gotta be figured out before this project can be officially green lit, but I think its time to start working on those details.